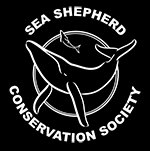 Led by Captain Paul Watson, the crew of the Farley Mowat set out to hunt down the Japanese whaling fleet in the Southern Ocean Whale Sanctuary and in doing so exposed Japan’s JARPA II Whaling Program’s illegal activities to the world.

The whalers were able to change plans and avoid Sea Shepherd but in doing so Sea Shepherd learned a valuable lesson: aerial surveillance increases the chance of success when tracking the Japanese whaling fleet. 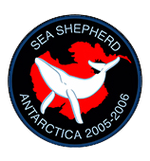 The whaling fleet was located on December 22 and fled from their chase. On Christmas Day, the Japanese factory ship, the Nisshin Maru, was intercepted and fled from the Farley Mowat as a result.

The chase continued into January 2006, covering over 3000 miles along the Antarctic coast. On January 8, the Farley Mowat once again approached the Nisshin Maru and deployed defensive lines. The ship stopped its whaling activities and fled.

Throughout the campaign, the Farley Mowat completed a 50-day voyage covering 8,500 miles and the Japanese whaling fleet was disrupted for 15 days and prevented from achieving their quota. 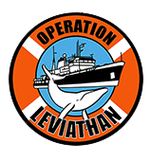 The Japanese whaling fleet set out to kill 935 Minke whales and 50 Fin whales, but Sea Shepherd gave chase for five weeks and for thousands of nautical miles. The fleet was intercepted on February 9 and February 12, which severely disrupted operations and saved the lives of hundreds of whales.

In a controversial tactic, two Sea Shepherd crew boarded a Japanese harpoon ship and were detained for three days before eventually being released. The Japanese Coast Guard threw concussion grenades and fired upon the Sea Shepherd crew of the newly named M/Y Steve Irwin. The campaign concluded with over 500 whales saved and the Japanese whaling fleet suffered huge financial losses.

Operation Migaloo was the first campaign to be documented by a film crew from Animal Planet who chronicled the campaign for the television series Whale Wars for seven seasons.

Operation Musashi began when the M/Y Steve Irwin departed Brisbane, with an international volunteer crew of 48, and headed for the Southern Ocean Whale Sanctuary.

The Steve Irwin chased the Japanese whaling fleet for 3,200-miles severely disrupting the hunt and saving over 300 whales. 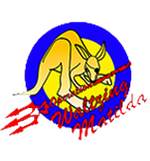 A fleet of three vessels set out on Operation Waltzing Matilda in January 2010. During the campaign, the Japanese harpoon vessel, the Shonan Maru No. 2, deliberately rammed and consequently sunk the Ady Gil.

For three weeks straight, not a single whale was killed. Operation Waltzing Matilda saved the lives of 528 whales and cost the Japanese government tens of millions of dollars. 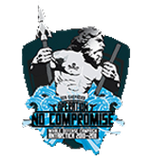 We sailed three vessels for Operation No Compromise, the M/Y Steve Irwin, the M/Y Bob Barker, and the newest vessel to the fleet, The Gojira. Our interventions forced the Japanese whaling fleet to suspend their operations and leave the Southern Ocean early, directly saving 863 whales.

Even with just two ships, and some of the worst weather Sea Shepherd crew ever experienced in eight seasons in Antarctica, the Japanese whaling fleet was still forced to go home early, saving 768 whales. 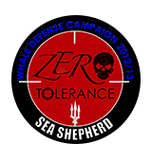 Operation Zero Tolerance was our largest campaign with more than 120 crew from 20 nations on board four vessels: the Steve Irwin, Bob Barker, Brigitte Bardot, and the newest vessel to the fleet, the M/Y Sam Simon.

The Japanese whalers escalated their attacks on our crew and three of our ships were damaged after being rammed multiple times by the 8,000-ton Nisshin Maru. Our crew also endured ongoing attacks by concussion grenades and were hit with high-powered water cannons.

Despite all the hardships thrown our way, and spending more than 4 months at sea, we returned home knowing that without us hundreds of whales would have been illegally slaughtered.

During Operation Relentless we located the Japanese factory vessel, the Nisshin Maru, on a record four separate occasions.

The whaling fleet’s operations were severely hampered by our continued pursuit, which included twice exposing the whalers in the process of butchering protected minke whales, poached from the waters of the Southern Ocean Whale Sanctuary. 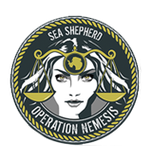 Our flagship vessel, the M/Y Steve Irwin, with Captain Wyanda Lublink and 35 crew from six countries was joined by our newest patrol vessel, M/Y Ocean Warrior, with Captain Adam Meyerson and 14 crew from eight countries, to once again stop the Japanese whaling fleet from illegally slaughtering whales in an internationally-recognized whale sanctuary under the guise of “scientific research”.

The Greatest Christmas Gift of all, the end of Whaling in the Antarctic

Sea Shepherd Welcomes the End of Whaling in the Southern Ocean

An Iceland Without Whaling is On the Horizon